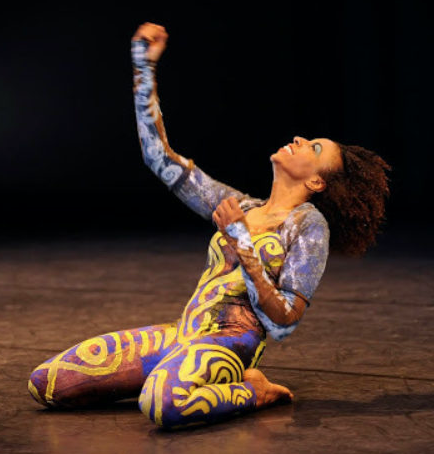 Maura Garcia (non-enrolled Cherokee/Mattamuskeet) is a dancer, a choreographer and the artistic director of Maura Garcia Dance (MGD). Her work is powered by a desire to perpetuate ancestral knowledge, actively respect the living earth and further social justice. Maura’s artistic creations reflect the power of stories to form and change our realities. Through narrative driven choreography she seeks to form connections, empower Indigenous cultural values and explore the rhythms of the natural world. As a fellow in the Smithsonian National Museum of the American Indian’s 2016 Artist Leadership Program, she worked with members of the Kansas City Indian Center and local Indigenous artists to realize an 8-month arts project exploring ancient and contemporary urban Indian identity. Maura is dedicated to collaborating within Indigenous communities to celebrate group narratives through dance and other art forms. Ahyoka Youngdeer is a Cherokee Life-ways Consultant and LGBTQ community organizer.

Ꮟ ᎠᏂᏬᏂ They Are Still Talking is a Maura Garcia Dance Cherokee cultural reclamation project focusing on the roles and rights of women and two-spirit people. At its core the project is an ancestral invocation, featuring an Indigenous foods feast, movement-based Cherokee language classes, small-group talks and culminating in a multimedia dance performance. 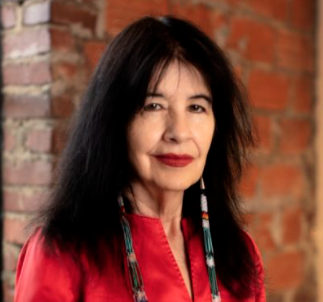 Joy Harjo is the first Native American United States Poet Laureate and the second to hold this position for three terms (2019-2022). Born in Tulsa, Oklahoma, Harjo is an internationally known award-winning poet, writer, performer, and saxophone player of the Mvskoke/Creek Nation. She is the author of nine books of poetry and a memoir. Her many writing awards include the 2019 Jackson Prize from the Poetry Society of America, the Ruth Lilly Prize from the Poetry Foundation, the 2015 Wallace Stevens Award from the Academy of American Poets, and the William Carlos Williams Award from the Poetry Society of America.

Harjo’s poetry collections include An American Sunrise (W.W. Norton, 2019); Conflict Resolution for Holy Beings (2015)—shortlisted for the 2016 Griffin Poetry Prize and added to ALA’s 2016 Notable Books List; How We Became Human: New and Selected Poems; and She Had Some Horses. Her memoir Crazy Brave (W.W. Norton, 2012) won several awards including the PEN USA Literary Award for Creative Non-Fiction and the American Book Award. It was called “The best kind of memoir, an unself-conscious mix of autobiography, spiritual rumination, cultural evaluation, history and political analysis told in simple but authoritative and deeply poetic prose” by Ms Magazine. Harjo just published a Norton Anthology of Native Nations Poetry, When the Light of the World Was Subdued, Our Songs Came Through (2020), and her memoir, Poet Warrior (2021).

Harjo is the recipient of a Guggenheim Fellowship, the New Mexico Governor’s Award for Excellence in the Arts, and the Rasmuson United States Artist Fellowship. In 2014 she was inducted into the Oklahoma Writers Hall of Fame.

Joy Harjo will read from her work, including her recent memoir, Poet Warrior, inviting us to travel along the heartaches, losses, and humble realizations of her “poet-warrior” road. She will read poems and share stories from her life, including what she has learned during her time as the 23rd United States Poet Laureate. 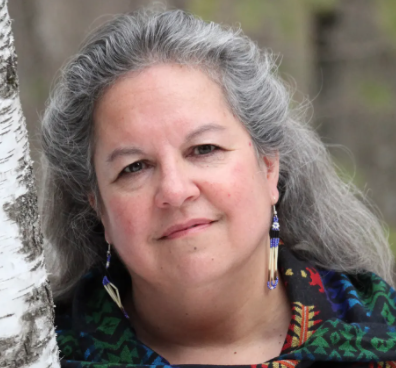 Robin Wall Kimmerer is a mother, scientist, decorated professor, and enrolled member of the Citizen Potawatomi Nation. She is the author of Braiding Sweetgrass: Indigenous Wisdom, Scientific Knowledge and the Teaching of Plants (2015), which has earned Kimmerer wide acclaim. Her first book, Gathering Moss: A Natural and Cultural History of Mosses (2003), was awarded the John Burroughs Medal for outstanding nature writing and her other work has appeared in Orion, Whole Terrain, and numerous scientific journals. She tours widely and has been featured on NPR’s On Being with Krista Tippett and in 2015 addressed the general assembly of the United Nations on the topic of “Healing Our Relationship with Nature.” Kimmerer lives in Syracuse, New York, where she is a SUNY Distinguished Teaching Professor of Environmental Biology, and the founder and director of the Center for Native Peoples and the Environment, whose mission is to create programs which draw on the wisdom of both indigenous and scientific knowledge for our shared goals of sustainability.

The vision of Red Sky Performance derives from its creator Sandra Laronde (Misko Kizhigoo Migizii Kwe) which means “Red Sky Eagle Woman” in Anishinaabemowin (Ojibway) language from the Teme-Augama Anishinaabe (People of the Deep Water). Her vision is dedicated to expanding and elevating the ecology of contemporary performance informed by Indigenous worldview and culture. 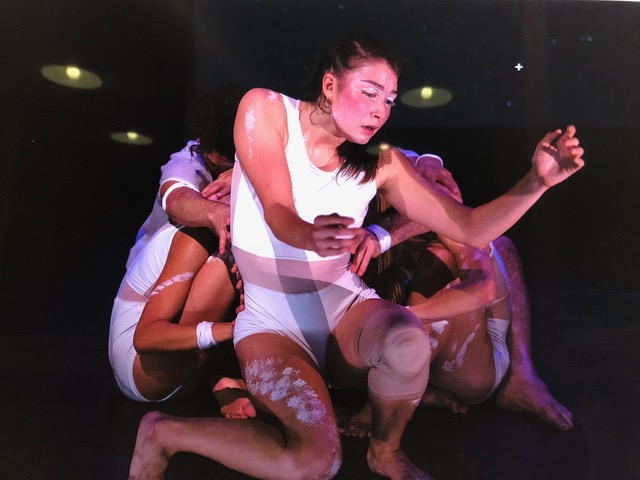 Trace is a highly kinetic dance about all things traceable. Trace maps the Anishinaabe sky and star stories, offering a glimpse into our origin and future evolution.